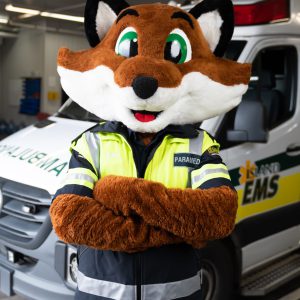 James joined the Island EMS Management Team in February 2022. Prior to this, James was Operations Manager of  the Provincial Air Ambulance Program in New Brunswick where he was a key player in the safe, efficient, and patient-centered care across the province.

In this new role, he will provide leadership focused on the improvement of healthcare on PEI. James is an Advance Care Paramedic, Firefighter and holds a number of certifications in emergency services occupational safety. 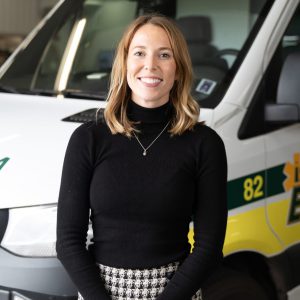 Originally from Kentville, NS, Kalie moved to Charlottetown at a young age and has been living the 'Island Life' ever since!

She has a Bachelor of Business Administration from UPEI and a Human Resource Management certification from Holland College. Beginning her career in recruitment and immigration consulting, she developed a passion for the 'human' side of organizations and pursued the field of HR.

She enjoys playing a variety of sports such as volleyball, soccer and dodgeball. You can find Kalie at home caring for her plants, watching The Office or cross-stitching in her free time. Kalie has been apart of the Island EMS team since June of 2021. 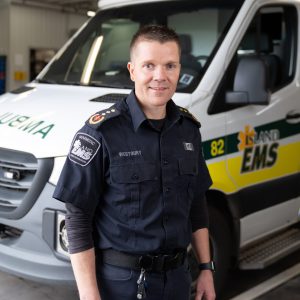 Shawn was born and raised in Swift Current Saskatchewan.

He completed his Primary Care Paramedic program in 2007 and moved to PEI shortly after.

Shawn started his paramedic career with Island EMS and went on to complete his Advanced Care Paramedic training in 2010. In 2011, Shawn accepted the roel as a Senior Operations Paramedic responsible for Clinical Quality. In 2014, Shawn transitioned into an acting Operations Manager role and accepted the permanent role as Eastern Operations Manager at Island EMS in 2016. He continues as the lead for Clinical/Quality for Island EMS staff for the Souris & Montague regions.

Shawn currently resides in Charlottetown with his wife and 3 children. 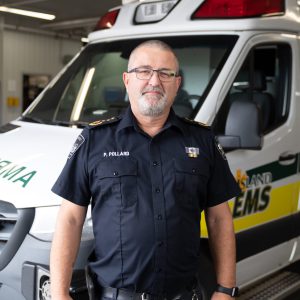 Phillip started his career with Neil's Ambulance Service in 1985. He completed his EMT 1 course in 1987 and his Intermediate Care Paramedic course in 1998. In 2010, Phillip was promoted to a Senior Operations Paramedic and excelled in that role during that time. In 2016, Phillip accepted the Central Operations Manager position and his responsibilities along with staff management are provincial procurement and fleet maintenance.

Phillip has been married for 30+ years  and has two children that are both paramedics with Island EMS. 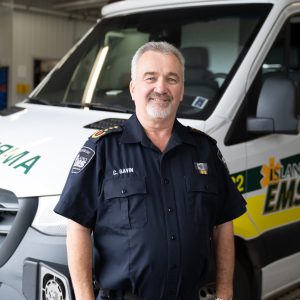 Claude was born and raised in Alberton, Prince Edward Island.

Claude sold Rooney’s Ambulance to Medavie in 2006, as part of the consolidation of ambulance services in Prince Edward Island and assumed the role of Western Operations Manager.

Since becoming an Operations Manager with Island EMS, CIaude has continued his education by taking courses such as ICS levels 1-4, and Basic Emergency Management. He has also taken Leadership courses from St Mary’s University.

Claude is also the current supervisor/EMS liaison in charge of Medical First Responders on Prince Edward Island. This entails coordinating between Island EMS and the PEI Firefighter’s Association. He aIso serves as a member of the Emergency Medical Services board of PEI.

He currently resides in Summerside with his wife, Myrna. 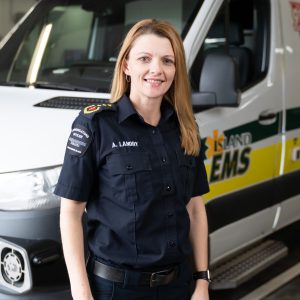 Amanda began her career in EMS as a Primary Care Paramedic at Kings County EMS & Royal Ambulance in 2000.  She started her dispatch career at the old Message Centre PEI, spent 6 years working as a Police dispatcher at both Summerside & Charlottetown City Police, followed by several years at home with her young family before making her way back to MEDACOM in 2011. She started as a full time Communications Officer and shortly after became a Shift Captain, certified Advanced EMD & ED-Q through Priority Dispatch as well responsible for the 911 and dispatch training for all new employees at MEDACOM. Amanda started as the MEDACOM Operations Manager in June 2018.

When she’s not at work, she’s likely to be found either watching or coaching her boys play hockey in the winter and with her feet up at the campground in the summer. 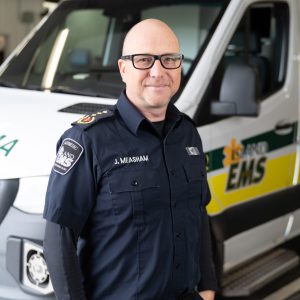 After a career in Immunology, Jeremy entered the paramedic profession in 2005 as a PCP with Island EMS. He then successfully graduated the ACP program at Holland College in 2006. He has spent is entire field experience with Island EMS and within that time he became an Education SOP in 2016 and the Coordinator, Clinical Quality and Projects in 2018.  Jeremy also works at the Holland College Paramedicine Program, sits on the Provincial Stroke Steering Committee, and the Canadian Resuscitation Outcomes Consortium (CanROC).

In his spare time, Jeremy enjoys sailing and spending time with his wife and children. 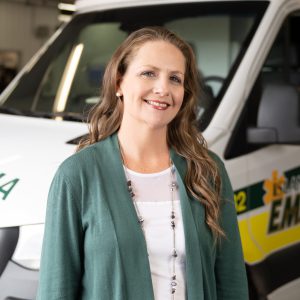 Paula is an Islander through and through. She was born in Charlottetown and grew up in Crapaud. After doing some travelling in Canada and the United States, she decided to return to school taking accounting and technical computer science courses. Paula joined the Island EMS family in January of 2010 with 12 years experience in administration and finance. Paula also has a vast background in customer service.

She is an avid softball player as well as squash in the winter months. She enjoys working with a large company that feels like a close-knit family.